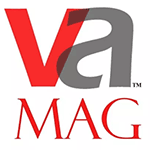 More often than not, we passively accept the truth in the form of mass media messages. Unlike most of us, painter Afshin Naghouni is not afraid to ask the questions that we often ignore. While most of us are consumed with the lives of celebrities and consumerism, Naghouni spends his time thinking about war, poverty and life’s contradictions. This talented artist takes the concept that his personal life is also influenced by politics to a whole other level.

In most of his artwork he uses paint and photographs to capture the reality behind women’s lives. He focuses on the exploitation of both Muslim and Western women. Oftentimes it can be problematic when a male tries to express the sexist oppression women face in their daily lives, however, with Naghouni’s artistic lens, he encompasses what society often ignores. We are often too quick to judge what sexist oppression looks like. Some people may see a woman wearing a burka and assume that is sexist oppression. We forget to realize that sexual oppression can also be in the form of a sexual exploitation women experience as a result of capitalism. As the old adage goes, “sex sells.” 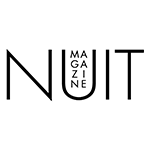 Iranian born British artist Afshin Naghouni is a name to be reckoned with in the art world. Ash, as he is better known, started painting as a child, winning a number of regional and national competitions between the ages of nine and twelve. He doesn’t follow any particular style, but allows his paint brush to lead him into a world that has us questioning what we see. Out of Focus is a documentary by Shahriar Siami about the artist which was recently awarded San Francisco Film Festival’s Award of Merit. The film tells the story of how Ash fell down the seventh floor of a building during an escape from an Iranian police attack on a birthday party. He injured his spinal cord severely and ended up in wheelchair. Dena Tahmasebi sat down with the artist to talk about his creative journey and the tragedy that led him to triumph. 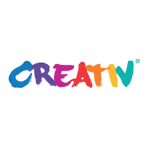 Considered a child prodigy, Afshin Naghouni won a number of regional and national painting competitions between the ages of 9 and 12 and has not stopped painting since. Naghouni is also the star of the 2014 documentary “Out of Focus” by Shahriar Siami that tells the story of his catastrophic spinal cord injury during a birthday party in Tehran when he fell from the seventh floor of a building while escaping an Iranian police raid. He subsequently relocated to Britain for treatment, married his wife, and now paints in his London studio.

Exhibition Review: Peace from the Bottom of My Art 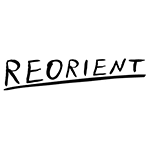 Peace, from the Bottom of My Art – on first impression, the somewhat saccharine title invokes a slight sense of uncertainty, alluding more to a 90s boy band ballad rather than an exhibition of contemporary Iranian art. Putting my reservations aside, though, I was intrigued to see what Iran’s art scene had to offer. The universal concept of peace – like those of love and war, for example – has always been a source of inspiration and motivation for artists. A subject with no boundaries, it can be understood and translated in many different ways. ‘[The exhibition] is an expression of everyone’s dream of peace’, read a line in the exhibition catalogue; and, in a collective show running between April 25 and May 9, 2013, London’s Opera Gallery proudly presented Iran’s take on the concept.

Exhibition Review: Peace from the Bottom of My Art 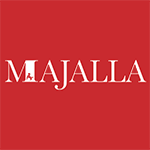 The international community does not really expect to read the words ‘peace’ and ‘Iran’ in one sentence, even though peace is a desperately desired by Iranians. Because of this contradiction, Peace from the Bottom of My Art, the cleverly titled exhibition of Iranian artists at the Opera Gallery, is a timely effort.
The curators, Leila Varasteh and Vida Zaim, approached nearly eighty artists and selected fifty-eight works to display in a gallery with a capacity of twenty-five. “We wanted the artists to express their inner emotions about peace and how they view it in their mind and in their heart,” Zaim said to The Majalla. Most of the works, except for a dozen or so, were created for the exhibition and in response to this theme. Throughout the show, it becomes clear that the question of peace runs deep in the veins of Iranian artists.